Quebec offers the most diverse northern pike fishing on the continent

Northern Pike are a large, long bodied fish, with a dark green to brown body with light, yellowish or white spots. These aggressive, toothy fish are ferocious fighters but are well worth the catch.  Northern Pike like to stay in vegetated bays, creek mouths, and shoals of the lakes. In the summer they can be found in deeper waters to avoid the higher temperatures. They can be caught all year-round and tend to bite all day. In the morning or evening is the best time to fish for them, since that’s when baitfish activity is at its peak. These aggressive feeders will take almost any live or artificial bait!

Quebec offers the most diverse northern pike fishing on the continent; it is considered one of the fiercest and most thrilling of all freshwater game fish. The northern pike is a voracious carnivore that will eat anything too slow to get away. Its mouth is filled with nearly 700 teeth, it will hurt prey nearly a half of its length. The pike will struggle mightily, often leaping out of the water once it has a hook in its mouth. 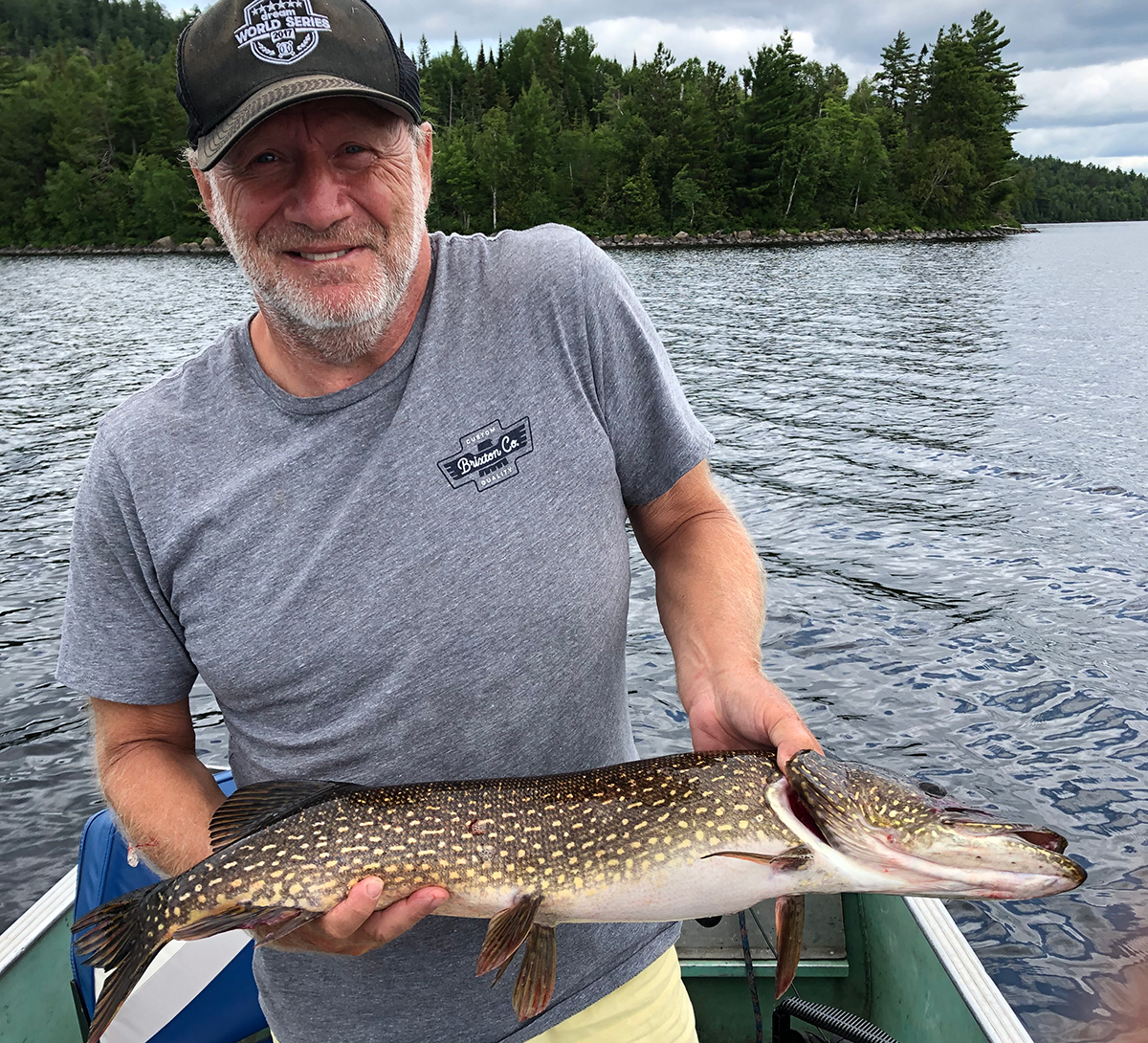 Northern’s utilize cover to ambush their prey, which is primarily other fish such as yellow perch, walleye, whitefish and other pike. They will attack large fish and can consume a fish that is up to one-third of their own size. The “great northern" generally prefers shallow weed beds in lakes and can often be caught in spring and fall in bays, off points and on sandbars dropping off into deeper waters. Northern Pike will hit spinners, spoons, plugs, spinner baits, jigs, and most anything that is presented resembling food.

The authorized possession limit for Northern Pike is 6 in all.